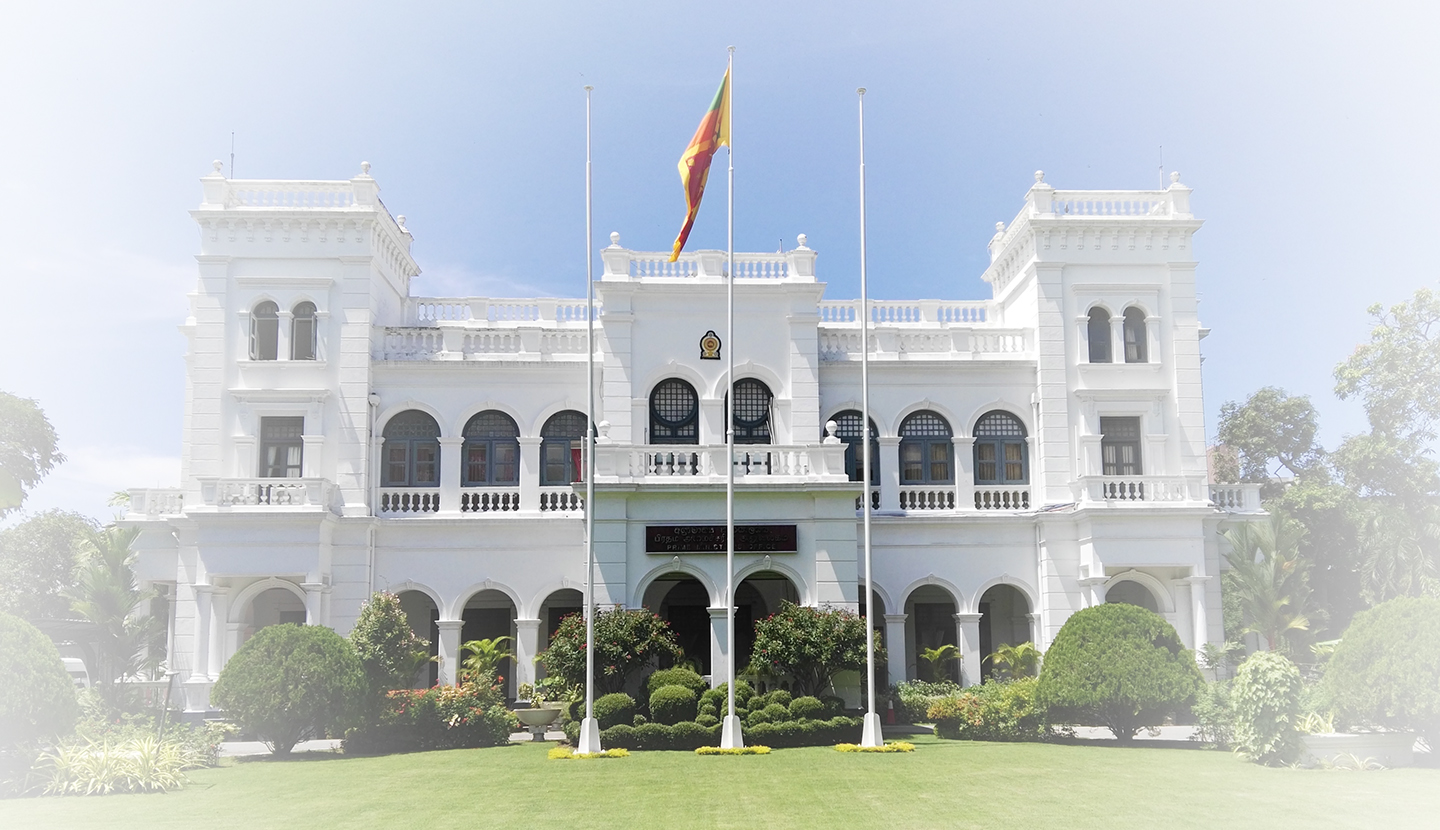 Mahinda Rajapaksa was the 5th President of the Democratic Socialist Republic of Sri Lanka. His election for a second term of office in the Presidential Election, held on January 26, 2010, saw the Sri Lankan electorate recognising him as the national leader who liberated the country from the terrorism of the Liberation Tigers of Tamil Eelam (LTTE), and set the country on the path to peace, stronger democracy and rapid economic development. The re-election of Mahinda Rajapaksa took place in the first nationwide election held after the defeat of the LTTE in May in 2009, and the first where people from all parts of the country were free to participate in elections after more than two decades.

Mahinda Rajapaksa, the second son in a family of six brothers and three sisters, was born in Weeraketiya in Sri Lanka’s Deep South, on November 18, 1945, and was brought up from his early years in keeping with Sinhala-Buddhist traditions. Family tradition was also seen with his first schooling at Richmond College, in the southern city of Galle, where his father D.A. Rajapaksa, uncle, and cousins who also entered politics, were first schooled. His education was later shifted to Nalanda College and Thurstan College in Colombo. He later studied law at the Colombo Law College, and qualified as an Attorney-at-Law.

Mahinda Rajapaksa was 24 years when first elected to Parliament as an SLFP member from the Beliatta electorate in 1970. He was then the youngest Member of Parliament and represented the same electorate his father did. He practiced law mainly in the southern town of Tangalle, from 1977 to 1994, which kept him closely in touch with the people and their needs, and also the development needs of the southern region, until his appointment as a Minister in 1994. After losing his parliamentary seat in 1977, he regained it in the parliamentary election that followed in 1989. He was re-elected to Parliament from the Hambantota District under proportional representation, and held that position until his election as Executive President in November 2005.

Loyalty to principle and party has been the hallmark of Mahinda Rajapaksa’s political philosophy. In this, he followed the example set by his father, especially in the loyalty he showed to the Sri Lanka Freedom Party (SLFP), which he helped found and to the late S.W.R.D. Bandaranaike and Mrs. Sirimavo Bandaranaike whose leadership and politics he accepted, and was deeply loyal to Mrs. Bandaranaike and the SLFP, the leader and party that brought him to Parliament. His loyalty to the SLFP, which was responsible for the ups and downs in his politics, just like his father’s, has kept him with the party from the time he was a youth activist and throughout his political life as a Member of Parliament, Cabinet Minister, Leader of the Opposition, Prime Minister and as the country’s President.

Mahinda Rajapaksa had no sudden rise to the Presidency of Sri Lanka. He came through many decades of service to the people, demonstrating an unfailing loyalty to his political party and its leadership, and boldly facing the rough and tumble of politics.

Mahinda Rajapaksa won the Presidency of Sri Lanka on a wide-ranging policy, which was largely people-oriented and was laid out in the “Mahinda Chinthana” – The Concepts of Mahinda – which promised, among others, the defeat of terrorism and the advance of democracy . It also offered social democratic approaches to economic and social issues, the continuance of social welfare policies such as free education and free health, an end to privatisation of the State sector, a huge commitment to infrastructure development, strengthening of the rural sector of the economy, protection of the environment and the upholding of traditional values such as the humane treatment of animals.

Mahinda Rajapaksa is married to Shiranthi Wickremasinghe Rajapaksa and they have three sons: Namal, Yoshitha and Rohitha.